Slide Guitar–What You Should Know

The slide guitar is a special method for playing the instrument – instead of changing the pitch of the strings as usual (pressing the strings against the fretboard with the fingers), you use a slide. The slide is a tube made of a hard material – commonly they’re made of glass (or a bottleneck, which gave the name of the bottleneck guitar), though metals – like steel and brass – are used as well. The slide is pressed against the strings – but very lightly, avoiding touching them to the fretboard), which produces a sustained tone that can be varied continuously by moving the slide across the neck. 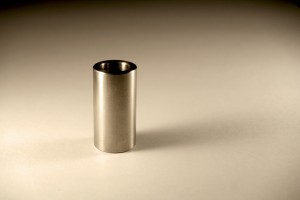 The guitar is usually tuned to an open chord for playing slide guitar, like open D or open G – this allows the player to easily change chords by just moving the slide, without fretting any strings. This is the method for playing chords with the slide guitar. However, many experienced guitarists also use other tunings.

Some special guitars are often used to play slide – these include resophonic or resonator guitars, also known as dobros – named after the Dopyera brothers who made them first with their company. These guitars are made from steel bodies, and some of them have a square neck instead of the more usual curved neck, and are designed to be played across the knee. 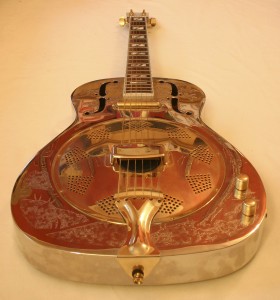 Slide guitar is quite often used in several types of music – these would include country, blues and Hawaiian – however, Pink Floyd used a slide guitar to create various interesting sounds, in Dark Side of the Moon, to the Allman Brothers Band in One Way Out. There are lots of possibilities with this, you just have to get creative!