An Introduction to Pentatonic Scales

After you have mastered the major and minor scales on your instrument of choice, it’s time to move to the next level. The next step for many players is to learn pentatonic scales. What is different about pentatonic scales? How are they used? This article will answer these questions and more.

What are Pentatonic Scales?

Major and minor scales have a seven-note-per-octave, or heptatonic scale. By contrast, pentatonic scales use five notes per octave. They are also called five-note scales or five-tone scales.

The two basic forms of pentatonic scales are:

Pentatonic scales are used in many types and traditions of music from all over the world. Examples include American Jazz, Gospel, and Folk music, Native American music, Folk music of Greece, Japan, China, Hungary, Vietnam, and West Africa. 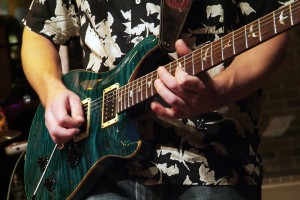 Use in Guitar Work

Pentatonic Scales on the Piano

When you play the minor pentatonic scale, if you listen carefully, you might be able to hear that it sounds a bit bluesy. This is because the Blues scale is exactly the same but with an added note, in A minor the added note would be E flat or D sharp.

It may seem like a difficult concept at first, but with practice you will see how easy pentatonic scales are to play. You will also discover how useful they are, no matter what genre or instrument you are focusing on.