When we talk about the great guitarists in Rock, we tend to think primarily about the guitarists of the Classic Rock era. This era is generally considered to have been between about 1964, when the Beatles played in the US for the first time and 1994, when Kurt Cobain killed himself, bringing an end to Nirvana. During this era, we were exposed to many fabulous guitarists such as Eric Clapton, Carlos Santana, Jeff Beck, Eddie Van Halen, and many others. Many of these artists remain popular and influential.

But now there are many younger and newer guitarists shaping modern pop and rock music. This article reviews several of these guitarists. 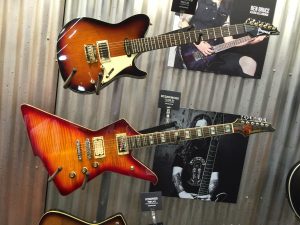 Best known for his work with The White Stripes, White has branched out with his band The Raconteurs and a number of other projects. In addition to his songwriting and production skills, he is widely heralded as one of the best guitarists of the modern era. Listen to The Raconteurs play “Steady as She Goes” here:

Starting out primarily as an acoustic guitarist, the multi-platinum selling John Mayer eventually shifted gears and became an electric Blues guitarist of the highest order. His band The John Mayer Trio has won accolades form music critics and fans alike. Here is a clip of one of his great Trio songs.

The guitarist of Muse has been performing with the band since its inception in 1994. The band incorporates progressive, hard rock, electronica, and space-rock elements to their sound. Bellamy has been labeled “the Hendrix of his generation.” Take a listen:

In addition to his acclaimed work during his two stints with the Red Hot Chili Peppers (1988-1992 and 1998-2009), Frusciante has worked with The Mars Volta and has released many solo albums. He has also produced multiple albums. Hear some of his best performances here:

Greenwood is the lead guitarist of Radiohead, one of the most acclaimed and successful bands of recent years. Although the band’s sound has changed over the years, his playing is always an integral part of the band’s work.

Auerbach is the celebrated guitarist of the Black Keys, a Grammy-winning duo from Akron, Ohio. They are largely purveyors of Garage Rock. He has also released several solo works. Here is one of their best-known songs, “Tighten Up.”

An acclaimed singer/songwriter, Adams began his career with alt-country band Whiskeytown before branching off on his own. His playing encompasses several styles, including Country, Blues, and Rock. For a time, he was a member of the band The Cardinals. Here is a clip of the Cardinals from a TV appearance in 2008.

Indie-rock guitarist, singer and songwriter Damien Rice came out of nowhere with his debut album O in 2002. It went to number 8 in the UK and also achieved Gold status in the US. Here is a clip of one of his better-known songs, Cannonball.

Great guitar isn’t dead. These artists prove that it is alive and well, and these artists are influencing the next generation of guitar greats.