The electric guitar is one of the most popular musical instruments of modern times, seeing extensive use in all sorts of musical styles – from jazz, blues, country and other traditional styles, to various styles of rock, metal, ambient music and other contemporary styles. The ease of picking up the instrument, and the diversity of its applications, have made it a favorite choice for beginner musicians, but also to those dedicating their lives to playing music.

The electric guitar is quite diverse and comes in a number of distinct types, separated mostly by their construction. When you’re shopping for an electric guitar, it’s important to be familiar with those different models in order to know what would suit you best. Generally the electric guitar can be categorized as follows:

This type of electric guitar has no holes for its sound, and it also lacks an internal cavity which can multiply vibrations and exaggerate them – these are features commonly found in acoustic guitars. Solid body electric guitars are traditionally made of hardwood, and usually come with a layer of lacquer finish.

Pretty much the exact opposite of the above, these electric guitars come with some of the features traditionally found in acoustic guitars, which can allow the guitar to produce amplified sounds on its own – in addition, the electric signal takes its input from a combination of string vibrations and the vibrations of the guitar’s body, as opposed to just the strings. 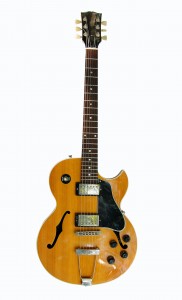 This is a special type of electric guitar, configured so that the pickups aren’t triggered directly from the strings’ vibrations, but instead from the guitar’s body itself. This guitar can be played as an acoustic guitar in most cases.

A comparatively popular model which gained some attention in Metal and Jazz. 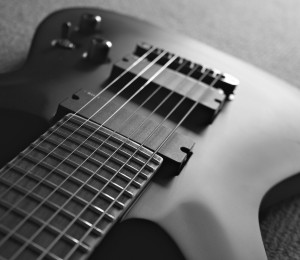 There are other variations to the basic model too, but they’re only used for some specific purposes.

Choosing the right model for you

Remember that you’ll be the one playing your guitar – so you’ll have to shop according to your own preferences, looking for something that suits you. Of course, don’t forget the resale value of the piece, as with some models this tends to increase over time. If you see your guitar as an investment, you should be looking for things like high-grade finishing, binding, as well as hand-crafted elements. These are all features that require extra work and are valued highly.

Here are some features to look out for when buying your electric guitar:

Though not as important as with acoustic guitars, the wood quality will still have some small impact on the sound output.

A good electric guitar should have a well-built neck joint, allowing it to fully transfer string vibrations to the neck.

A well-built guitar should last you a long time, which can be determined by a variety of factors related to its overall build.

Last but not least, the truss rod should be adjustable in order to compensate any changes in the neck’s curvature.

These are some of the most important features to look at – but there are plenty more which you should consider, which you’ll learn after buying a few guitars. And remember, a well-made guitar will never need a replacement!