Music has evolved into many different styles, and the guitar in particular has been involved with a large number of them – it has some really deep roots and diverse applications. The instrument is nowadays recognized as one of the most distinctive and unique sounds in many styles of music, including blues, country, some types of pop, and even styles such as flamenco. In order to make the most from the guitar’s capabilities for each different musical style, it has to be specially made using specialized guitar wood, adjusting it for different types of sounds and playing styles.

Usually, a guitar has six strings, though there are also designs that incorporate more (and some less) – four, seven, up to twelve-string guitars are available out there. The main point to be considered for the quality of the guitar is the wood it’s made out of. The specific type of wood used in the guitar’s construction attributes to the sound to a great extent, and different tones make for a unique level of quality of the instrument, or perhaps add to its character.

Apart from the wood’s effect on the guitar’s sound, it’s also necessary to use strong and durable wood in order to properly support the tension of all the strings. The different types of wood that the instrument is made from, will give focus to the unique character of the music, while also offering a nice, stylish appearance for the instrument as a whole. Something quite important to consider is that you shouldn’t try to predict the sound of any guitar based on its appearance alone. Every guitar sounds differently in its own special way, so if you’d like to stick to the same style of sound you should try to make all your purchases from the same manufacturer.

Various types of wood can be used to build guitars. One of the most popular types is the spruce, as it’s light and tight-grained, and enables the body to vibrate pretty much in the same way that a speaker cone does. The spruce is commonly used for acoustic guitar tops, as it’s quite effective with regards to its strength-to-weight ratio. More specifically, the constant vibrations of the strings require that the guitar’s top is very durable. Conversely, in order to make an instrument which gets that perfect sound, you need a light top. The existing texture of the spruce is brightened, which brings out the best quality in the wood. 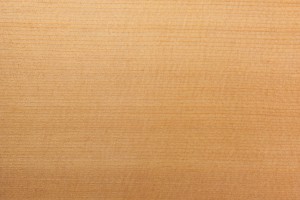 Another type of wood that’s quite popular for guitars is the cedar wood. Cedar is quite similar to redwood, although it’s darker and redder compared to spruce, which in turn adds to the distinctiveness of its appearance to a great extent. Cedar is a great alternative to spruce, especially for acoustic guitar tops, as it gives you a better range with more crisp, and it tends to be more powerful as well. Plus, it’s really mellow in its resonance.

The backs and sides of all guitars are made from various types of hardwood – softwood tends to lack the necessary strength, plus it doesn’t really bend very well, which makes it difficult to use as guitar sides. The sides aren’t such a major part of the vibration frequency, as much as the back and tops are – and they’re normally used to support the top and back, while adding some definition to the body shape in general. The back is important, as it provides the necessary strength and fullness of the tone.

Two of the most popular types of wood used for the back and sides of a guitar are rosewood and mahogany. In particular, the Brazilian Rosewood is pretty much the standard for acoustic guitars; rosewood is pretty rare, making the guitars made from it heavy, bright and usually high-priced. The sound, on the other hand, tends to more than make up for that with its quality, rewarding you with a full base and great twist. It sounds similar to a piano in its resonance. Mahogany, on the other hand, is pretty lightweight, and it’s actually preferred by many due to its lower density. Mahogany backs can make for some pretty impressive clarity of treble, as well as intensity; a mahogany back would normally be lighter in base, while also delivering good mid-range frequencies. On the other hand, mahogany tends to be more economical and durable compared to rosewood, as well as being easier to manipulate. 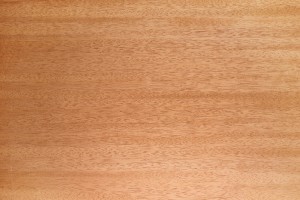 Some other types of hardwood, like maple, ebony and walnut are commonly used in the construction of guitars too. They tend to be similar to rosewood and mahogany, though with some slight differences. In the best case scenarios, they’re accepted for their density and predictable tone – while the maple is hard and dense, and it’s used in necks or caps (usually in electric guitars), it’s also heavy and the quality of its sound doesn’t blend well into a solid guitar body. On the other hand, as a cap on an electric guitar, especially the Les Paul Standard, maple can add extra brightness to the body while keeping the greatness of the mahogany intact.

You may notice that maple is commonly used for the sides and back of the acoustic guitars, but it’s not quite the norm in that design. Ebony hardwood is normally primarily used for fretboards. It’s more frequent applications lie in the construction of pianos, and it’s strong, bright and durable. In the end, walnut hardwood is a popular alternative to mahogany, being naturally very pleasant and accommodating solid guitar bodies nicely. Even though it’s primarily used for acoustic back and sides, it’s also stable enough to use in guitar necks and makes for a very interesting addition to some designs on the market. You should definitely play around with it to some extent and see if you enjoy the added sound quality.