An Introduction to Effects Pedals

You may wonder how your favorite guitarists achieve their unique sounds. While most electric guitars and amps offer a certain variety of tones, there are certain effects and tones that only effects pedals can provide. Effects pedals, also called “stomp boxes,” electronically alter the signal produced by your guitar before it reaches the amp. This article reviews different types of pedals.

As its onomatopoeic name implies, these pedals vary the frequency of the signal using a pedal, creating a “wah wah,” trombone-like effect. These are among the most popular pedals among guitarists. They were used quite heavily by Jimi Hendrix. A good technique when using this type of pedal is to move your foot on the pedal in time with the music. (There are also “Auto-Wah” pedals that repeat automatically.) 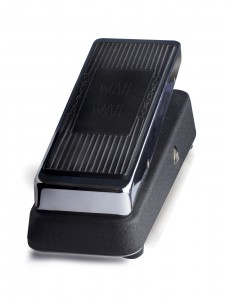 A delay pedal takes a sound and repeats it back without altering its tone or pitch, like an echo. You can alter the delay increments to customize the sound you are making for whatever song you are playing. The Edge of U2 is well known for using these kinds of pedals. WHERE THE STREETS HAVE NO NAME and MYSTERIOUS WAYS are just two examples of The Edge’s use of the delay pedal.

Phaser pedals attempt to create the sound of two sounds out of sync, or “out of phase”. They do this by using an oscillator across the frequency range and mixing the resulting sound back with the original signal. The result is a thick sound often used in funk and rock playing. There are controls to adjust the phase effect, while some varieties feature a resonance control for a wider range of effects. Some pedals allow a wide range of adjustment using the pedal, as well.

Flangers have a more exaggerated effect than phasers. They provide a distinct “swooshing” sound. They work by boosting and reducing various frequencies applying delay and oscillators and feeding some of the delayed effect back to the original. They make a multitude of sounds, but are typically used for a “jet airliner” type of effect.

As you can imagine by the name, chorus pedals can make your guitar sound like more than one instrument at the same time. This is achieved by delaying the signal by a tiny amount of time, then mixing it in with the original signal. This can thicken the tone considerably. When properly used, for example, a standard guitar can sound like a 12-string. It is one of the more popular and widely-used pedals, as they can brighten guitar sounds considerably.

These pedals can have quite a subtle effect on your playing, but can be very helpful. These effect pedals reduce the difference between soft and loud sounds, making what you are playing more uniform in volume.

Should You Buy a Pedal?

If you are an intermediate or advanced player, you may want to consider purchasing some pedals. One of the most fun things you can do is to connect some pedals together, and see how they combine to create even more effects. Many professional guitarists have an entire rack of these and other types of pedals in their arsenal.

If you are a beginner, it would be best for you to concentrate on your playing. If, however, you need some inspiration to get better, you may want to try out some of these pedals at your local music shop. It could fire your imagination once you see what you can eventually accomplish with dedication and practice.